December performance rounds up 2017’s commendable performance in new homes segment
URA latest Private New Homes figures released today depicted a total of 431 private new homes excluding ECs and another 100 units (ECs) transacted in the month of December 2017. This the lowest units sold for 2017, with the exception on January’s sales of 382 units. Comparing with December 2016 (367 units sold) , there was a 17.4 per cent increase of units sold in 2017.

December’s performance can be deemed as commendable, despite having no new launches that month.
“As predicted, the overall 11,562 total private new residential homes (Excluding ECs) that were transacted showed the market confidence in new projects in 2017. With prices expected to increase in 2018, there was a strong sense of urgency amongst home buyers and upgraders to make a move and purchase unsold units and new projects.” said Mr Ismail Gafoor, PropNex Realty CEO. 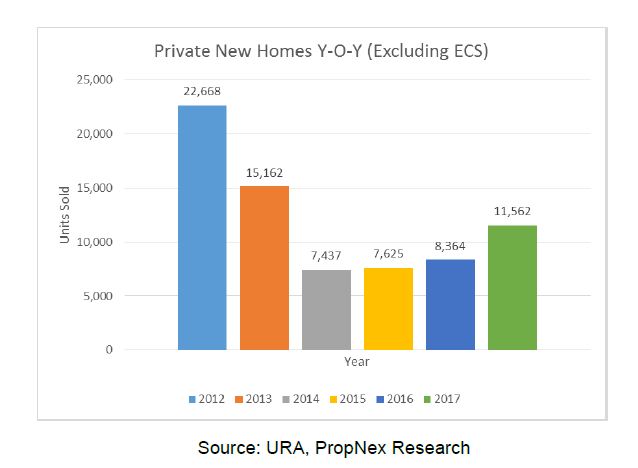 Slower number of transactions due to seasonal holiday period in December
Mr Ismail added that sales performance in December is traditionally lower due to the seasonal school holidays and festive celebrations. A total of 50 units of past launch project, Symphony Suites were sold in the month of December. Besides this, none of the projects crossed the 50 units mark with the top performers ranked below: 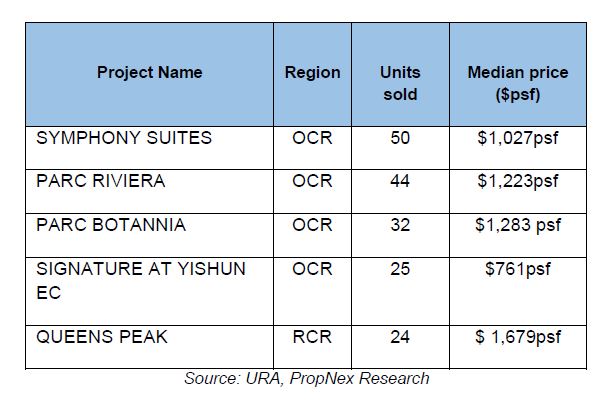 Homebuyers expected to continue search for good deals
With the existing stocks and with many more upcoming new launches expected in 2018, Mr Ismail predicts that the new private home sales for 2018 is likely to remain similar to 2017 with approximately 12,000 units (excluding ECs) to be sold.